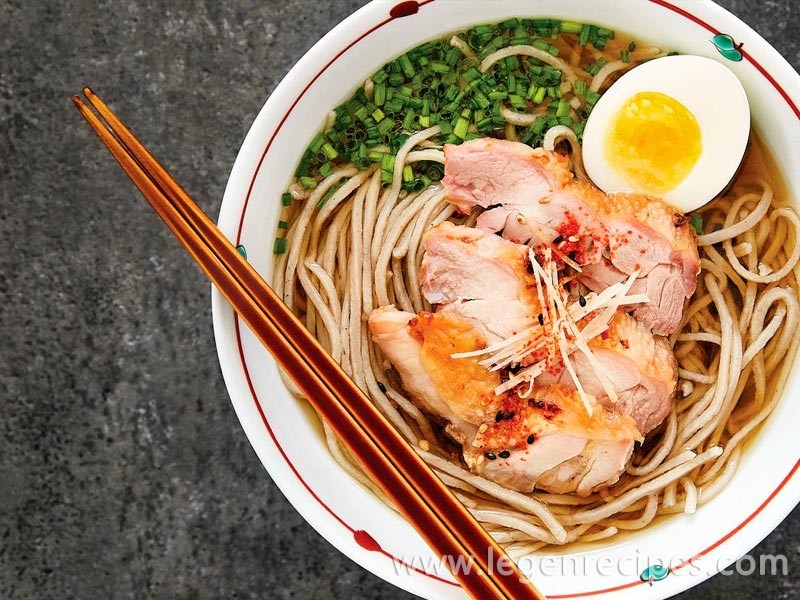 Sonoko Sakai, author of Rice Craft, adds spinach, soy-and-mirin-basted chicken thighs, and fresh soba noodles to add heft to this light, brothy soup spiked with fresh ginger juice. You can cook the chicken and prepare the other ingredients hours ahead of time, but cook the soba noodles just before so they retain their characteristic chew in the soup.