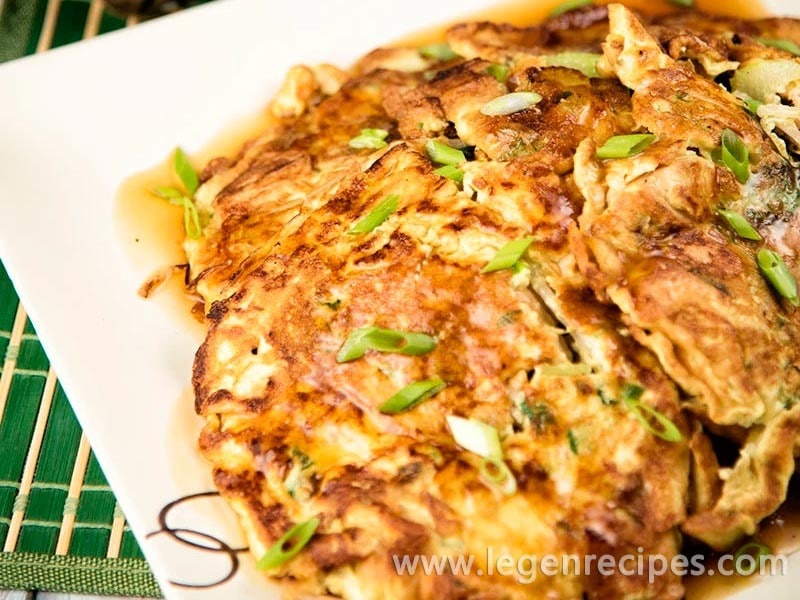 If you’re a lover of omelets, you’ve got to try this Paleo-friendly version of egg foo young, a Chinese-American classic that crosses an omelet with a pancake for an interesting variation on the classic theme. As the name implies, egg foo young is primarily made of eggs and not flour, but it’s cooked like a pancake until golden-brown on both sides, and then served with a savory sauce instead of a sweet syrup.