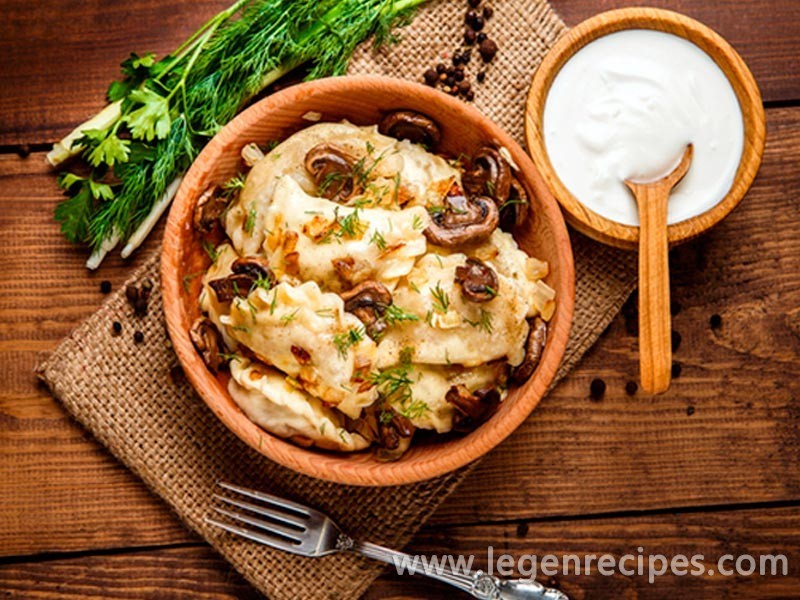 The recipe for Ukrainian vareniki

These vareniki are  a classic Ukrainian recipe; well-loved by people of all ages. Cheesy potatoes are just one of the many fillings used to make traditional Ukrainian Vareniky (pierogies). My husband loves vareniki best sautéed and drizzled with bacon and onion flavored butter. Serve with a generous dollop of sour cream. If you have a unique filling that you make, please share!

For the vareniki dough: use the new vareniki (pierogi) dough recipe I posted earlier with exact measurements. You can totally cut the dough and potato recipe in half to make a more reasonable amount (about 60-75 by using half the recipe). It’s alot more with the full recipe but they freeze really well.