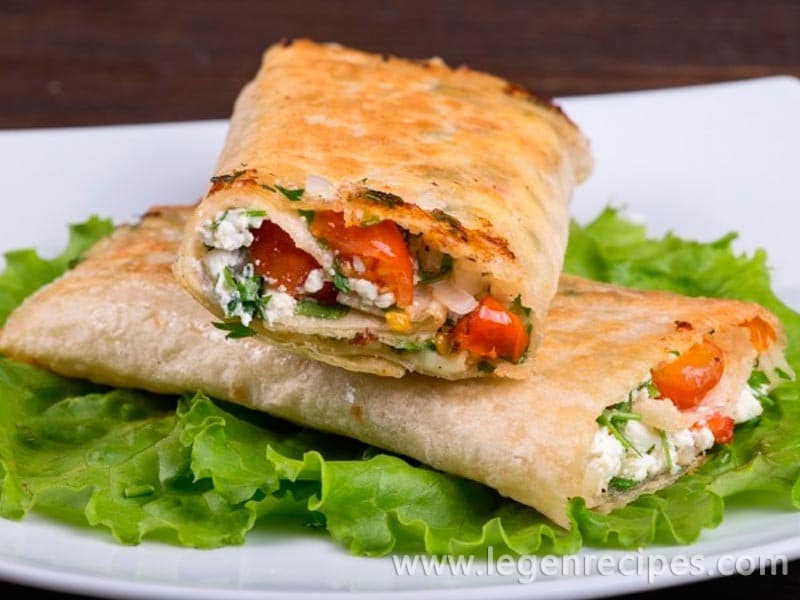 Only half an hour, and the chicken with vegetables in pita bread is ready! We offer you a simple appetizer recipe of Georgian cuisine.