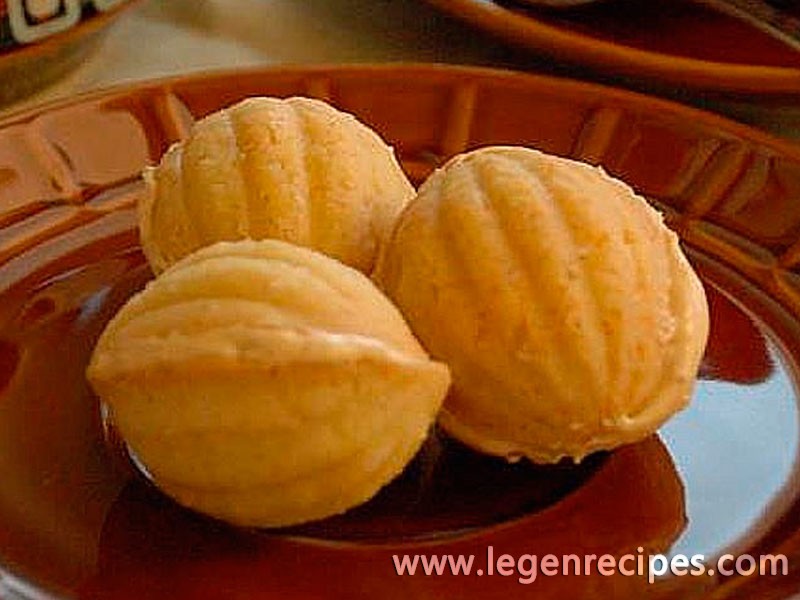 Oreshki, these beautiful, walnut shaped Russian cookies, have so much meaning for me. They are an iconic Russian treat, especially during holidays, weddings and other special occasions. I can remember watching my Mom making them in our small Belarusian home. I would sit at the kitchen table, keeping her company as she would spend hours making these special but very tedious desserts. I couldn’t wait til I was big enough to help her.

The crisp, golden exterior of the cookies hold a very creamy, caramely filling. Slavic people love using cooked condensed milk in lots of desserts. You can use the excess cookie crumbs or crushed nuts in the filling, for added flavor and crunch.