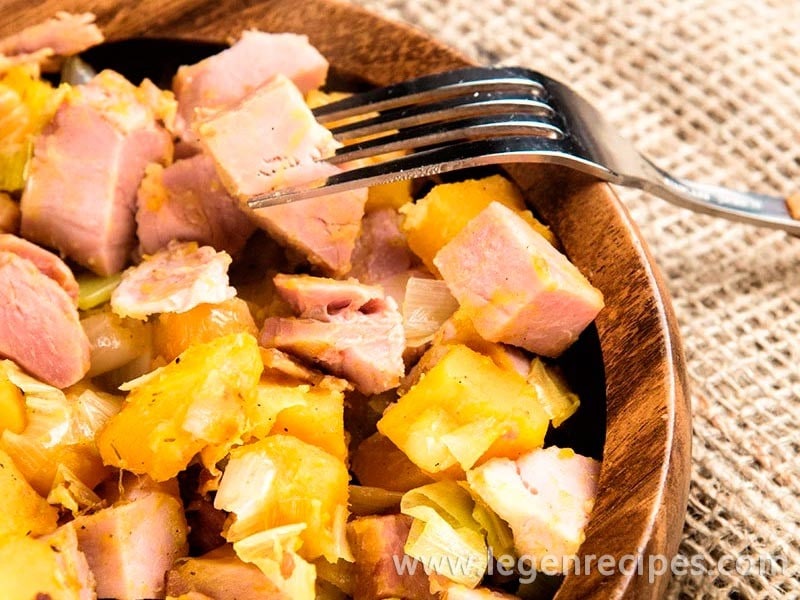 The leeks and the ham give this hash a bit of a rustic feel, and the squash adds a warm taste and a sunny color to the final dish. It might lose a few points on snob appeal, but it makes up for that in the “quick” and “easy” categories, so unless you’re feeding the Queen, it evens out.