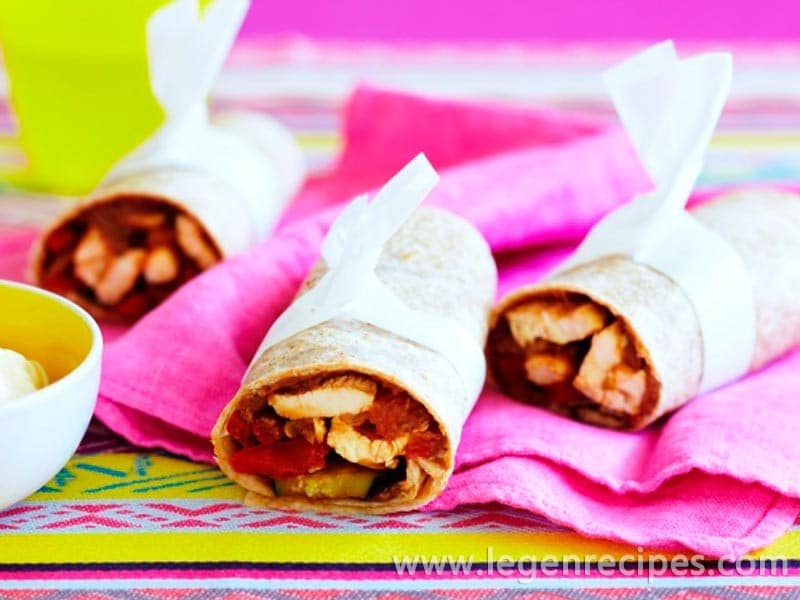 Let the kids have a go at making these easy chicken tortillas.