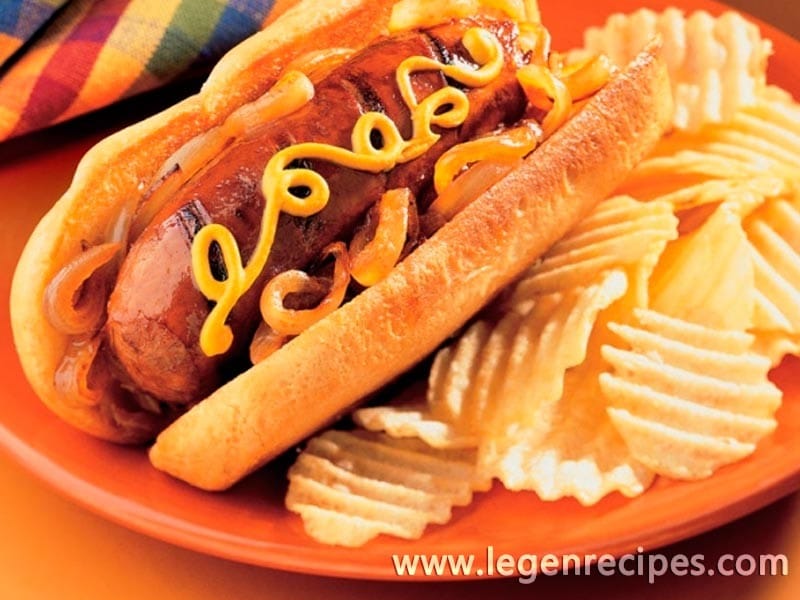 On the surface, few things sound easier than grilling up a few bratwurst—all you need is bratwurst and fire. Throw some onions and peppers into the mix, and you’ve got an easy dinner for two. But we know from experience that nicely grilled bratwurst with juicy interiors can be an elusive goal. Fatty sausages drip grease onto the coals, causing flare-ups that can quickly turn the exterior into carbon while the inside remains barely cooked. The onions often wind up mostly raw with a few charred spots. We sought a foolproof grilling method that would cook the bratwurst to perfection, and we hoped to offer sweet peppers and caramelized onions as part of the bargain. While we prefer bratwurst, this recipe will work with any raw, uncooked sausage.–The Editors of America’s Test Kitchen