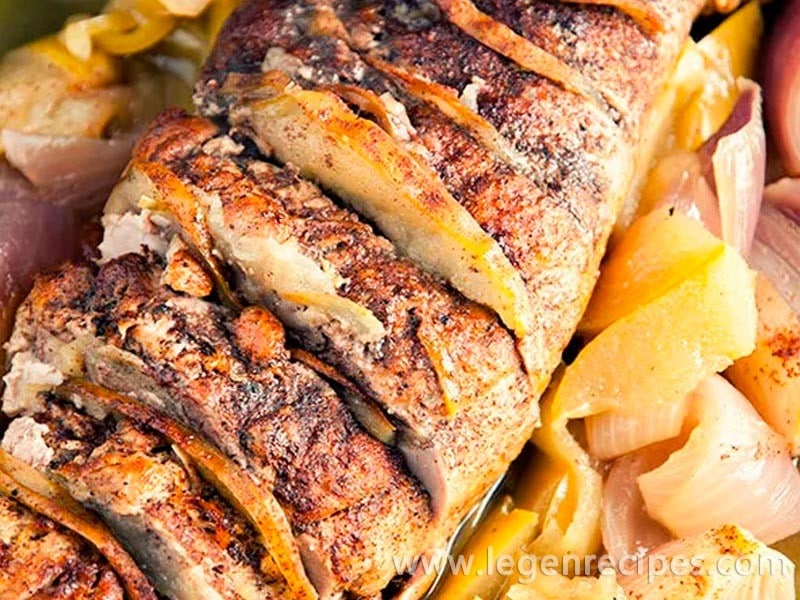 Are things starting to get a little nippy around your neck of the woods? Or are you one of the lucky folks who get the beginning of apple season while the weather is still gloriously warm and sunny? Either way, here’s a recipe to celebrate this year’s bumper crop of fall fruit: pork loin loaded with fresh apple slices and dusted with cinnamon, and then tossed in the slow-cooker to let all the flavors combine. It gets you all the flavor of a stuffed pork loin, but without the work of cutting it apart and actually stuffing it!

Like most slow-cooker recipes, this one can also be done in the oven: just put it in a covered roasting pan, and check the meat frequently so you can take it out when it’s done. It does take a little more effort, but in return for your efforts, you’ll get the delicious smell of roasting pork all through the kitchen.

Pork and apples would go perfectly with some baked summer squash, or grab one of the hands-down cheapest vegetables this time of year and roast up a head of cabbage with garlic. If you want a second side, what about a big bowl of spinach salad with walnuts, caramelized onions, and vinaigrette? It’s a delicious way to welcome the change of seasons with a healthy meal.