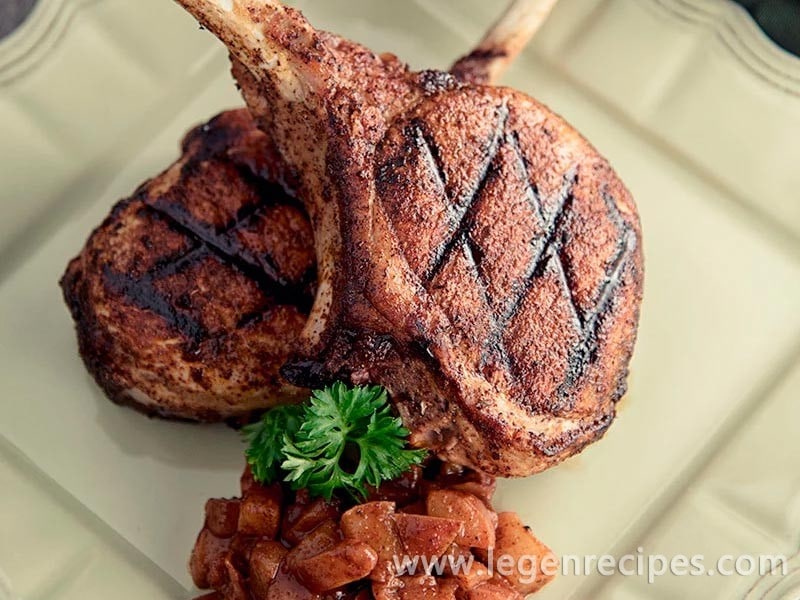 Cinnamon and chili powder give these pork chops a nice warm tingle underneath the heat, and a sweet pear chutney is the perfect way to top them off. This isn’t an obvious harvest-season type of recipe, but it does have a lot of seasonal spices and flavors, so it would be nice as an understated way to appreciate the season without going into full-on pumpkin mode.