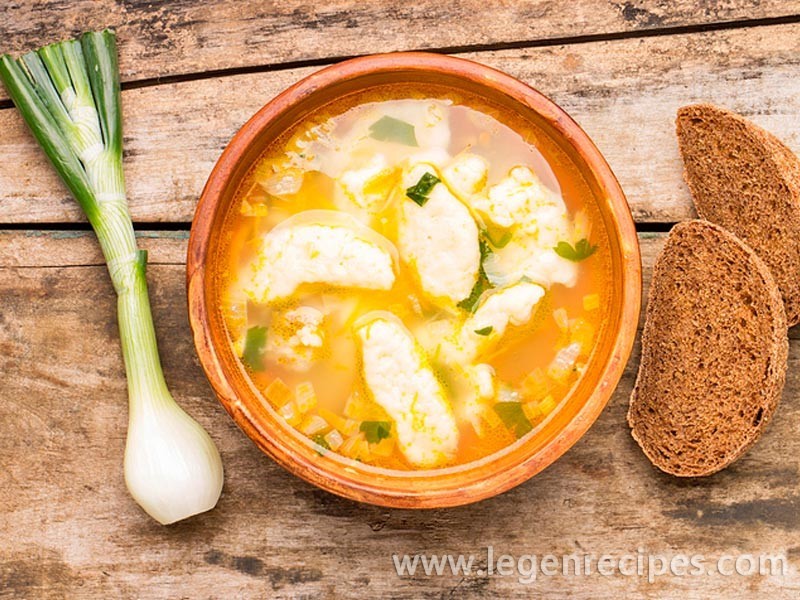 The first tricky part of this dish is that the soup dumplings can be eaten without bread. Because bread product (dumpling) is already present in the soup. Although dumpling soup is also delicious and with a slice of fresh rye bread.