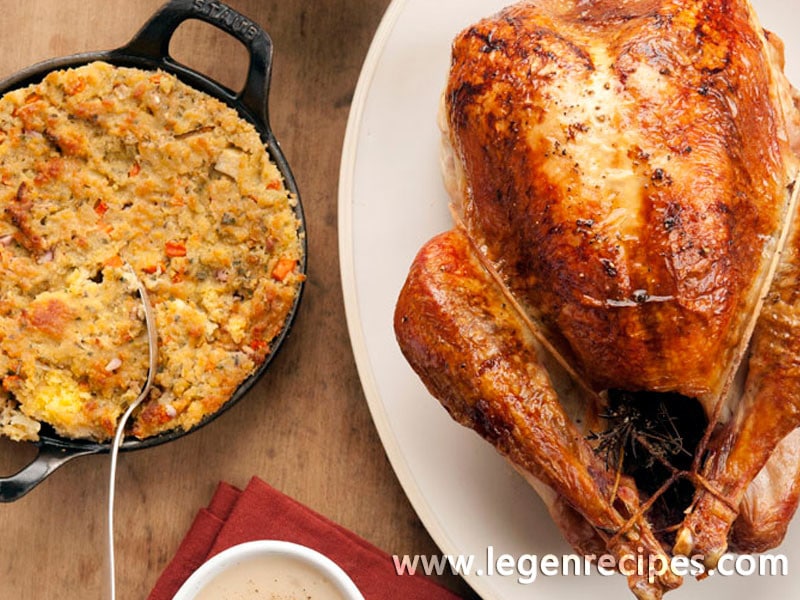 At one point during my college years I lived in a rambling 1930’s bungalow with a lot of roommates. Communal dinners were the norm. These were our post-ramen, pre-recipe days. We didn’t own cookbooks and we didn’t have the internet. We improvised, and with all the pitching in and youthful enthusiasm, we ate quite well.

Our first Thanksgiving together we divied up cooking assignments. Who’s making the pie? How about the potatoes? And on it went until the turkey. No one else was much interested, so I volunteered, picturing myself presenting a glowing Norman Rockwell scene that would impress the hell out of everyone. How hard could it be? Over the phone my mother assured me it was not that hard. Butter, she said. And salt and rosemary, lots of ground pepper. She’d talk me through it in real time.

On Thanksgiving day she did exactly that. Phone tucked under my chin, with the cord stretched across the kitchen, she guided me step by step, right up to carving time. “Now to lift it out of the pan,” Mom said, “Get a wad of paper towels in each hand and just grip it hard, lift it to the cutting board.” I followed her directions, but somehow (I can still see this happening in slow motion) it slipped out of my grip and shot, buttery slick and piping hot, across the kitchen floor, under the dinner table, before skidding to a stop against a far wall.

There was a moment of startled silence, my mom still on the line. “Five second rule!”, someone finally shouted, and before you could say ‘Amen’ the lot of us pounced on that bird and wrestled it up to the cutting board, too stunned to speak.

Since then I’ve roasted a lot of turkeys. I’ve learned that it isn’t hard but it’s still impressive, and a traditional classic approach works best. That’s why this year, we’ll be making this slow-roasted turkey from Boston chef Jeremy Sewall. If we want to really host an authentic Thanksgiving, then a New England recipe is exactly what we need. This one calls for a brine, which does indeed make for a moister turkey (but hopefully not one that flies out of your hands). Jeremy suggests spending a little extra on a quality bird from a local farm – the taste is well worth it.