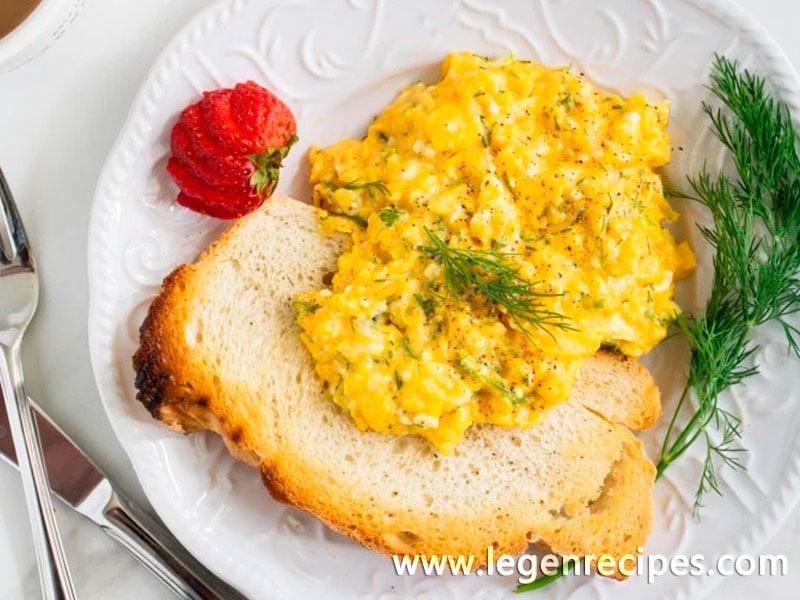 I enjoyed scrambled eggs, I ate them often, but I never truly understood the potential beauty of a scrambled egg until I met my husband, Colin, and discovered the soft, slow scramble.

Previously, I was a wham-bam scrambler. An egg cooked on high for no longer than a minute- the resulting dry, eggy mass slid on to a piece of toast topped with cheese, and then topped with half a bottle of hot sauce. It was good! I liked it!

But then… well, it was like trying bacon or chocolate for the first time. Your life is forever changed.

It’s not that my dry eggs weren’t good in their own way… but knowing that those soft, scrambly, pillowy eggs were out there… I just couldn’t enjoy them the same way anymore.

Funny how someone can just appear in your life one day and turn everything upside down, isn’t it? ?

A soft scramble is all about the method. In those early days of dating, Colin would google ‘Gordon Ramsay scrambled egg video’ on his first generation iPhone and play it in the kitchen while I enjoyed my coffee. I have to admit, it was pretty charming having him make such attempts to woo me with a good breakfast (even though I knew the secret- he had already totally hooked me).

So, Step 1 to truly amazing eggs: low and slow cooking. Beat the eggs really, really well before setting them in the pan, so that you whip some air into them and let them get fluffy. It’s almost like cooking a risotto how low and slow you cook the eggs, stirring periodically just the same. The result is velvety and downright sexy.

Step 2: Finish with butter, because all good things end with a pat of butter (see also: Colin’sRestaurant Style Beef Tenderloin) (jeez, that guy can cook! It’s almost a shame I alpha him out of the kitchen so often…)

Finally, add in whatever flavourful magic you like to give them some personality. In this case, I love feta and dill. The feta cheese melts slightly, but still holds it’s shape, so that the salty crumbles melt on your tongue as you eat. The dill provides a perfect herbaceous foil to the feta. It’s a fresh take on a classic dish since, in my opinion, dill doesn’t happen often enough, especially at breakfast. (sorry, Gwyneth, you’re wrong)