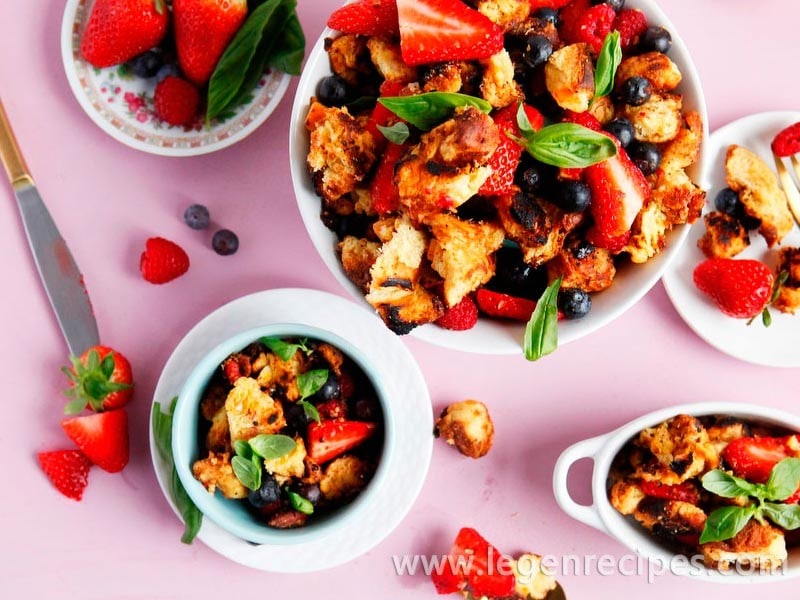 What is panzanella, exactly? When I show up to a potluck with it (because it’s super easy to make, my friends), people are always like, “What is that?” And I’m like, “panzanella,” and then they stare at me, all mad for throwing fancy Italian words around, and then I go, “bread salad,” and then I get a look of confusion and intrigue, but then they eat it, and they never ask what panzanella is ever again.

At its most basic, panzanella is pretty much day-old, fried bread and tomatoes. I usually like mine drizzled with olive oil, with finely chopped red onions and them some cucumbers thrown in there (which is weird, because I don’t really even like cucumbers). And then I add feta because I’m the worst person ever, but it’s soooo good.

Really, you can do whatever you want to panzanella. It’s a great recipe to adapt to seasonal fruits and vegetables, and it’s a great potluck addition, because it’s so easy to make, though it doesn’t have too long of a shelf life because the bread can sometimes get soggy. But that’s fine, because it will be gone fast.

But never fear! This panzanella can be fresh, day old, or refrigerated, and it’s good all three ways. And ours is sweet, not savory, because we like to mix it up around here. What’s your favorite way to have panzanella? And can you make it for me, please, because I’m sick of making dinner.