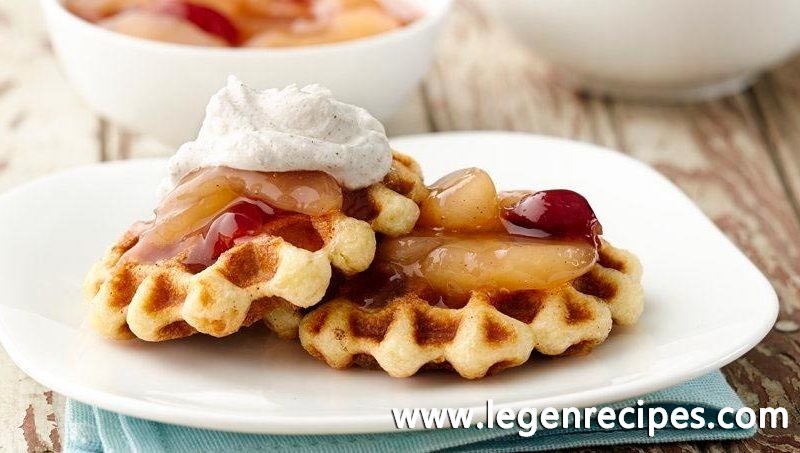 Can’t decide on French toast or waffles? Turn crescents into a yummy combo topped with a double-fruit sauce.